While many people use Windows most of them don’t use Windows Mobile but rather use an iPhone or Android. Making backups of these devices is not as easy as you might hope or expect and especially making backups of Music, Videos, Voice Memos, Playlists, Books, Contacts and SMS messages is nearly impossible while backing up photo is no problem in general.

FonePaw has therefore made an application that can backup all of these above-called data: media, playlists, books, contacts, SMS messages and of course photo and called it FonePaw iOS Transfer.

FonePaw has included in their iOS Transfer application really a ton of features, as said in our introduction you can backup almost anything that you have on your iPhone, iPad or iPod with this program. While I don’t have an iPhone/iPad to test the software, I am not an iPhone user. So I asked for the help of some iPhone/iPad users to really use this software to completely backup their device and then use it to restore data back to the iPhone/iPad. I want to thank Rico Otto for testing the features for us and his opinion about them. 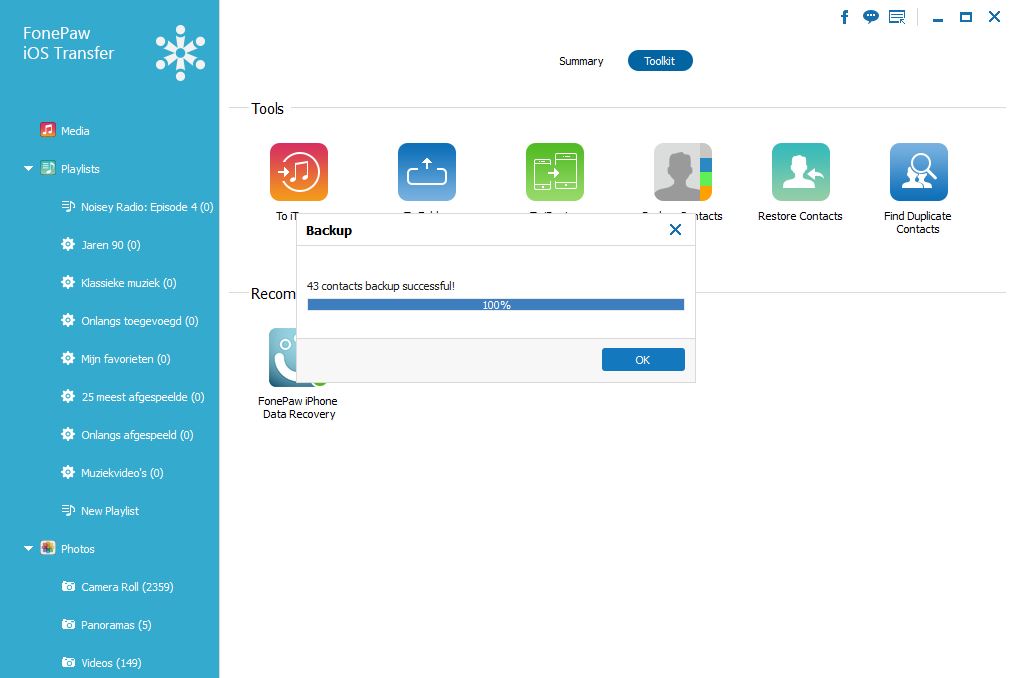 We want to begin by showing you the contacts backup feature of FonePaw iOS Transfer. It’s really just one click and the program starts the backup of all your contacts. By using the built-in restore feature, you can also easily put back those contacts on your iPhone. It is a great feature if you don’t like syncing your contacts to your Cloud or Google but do want to keep your contacts safe. 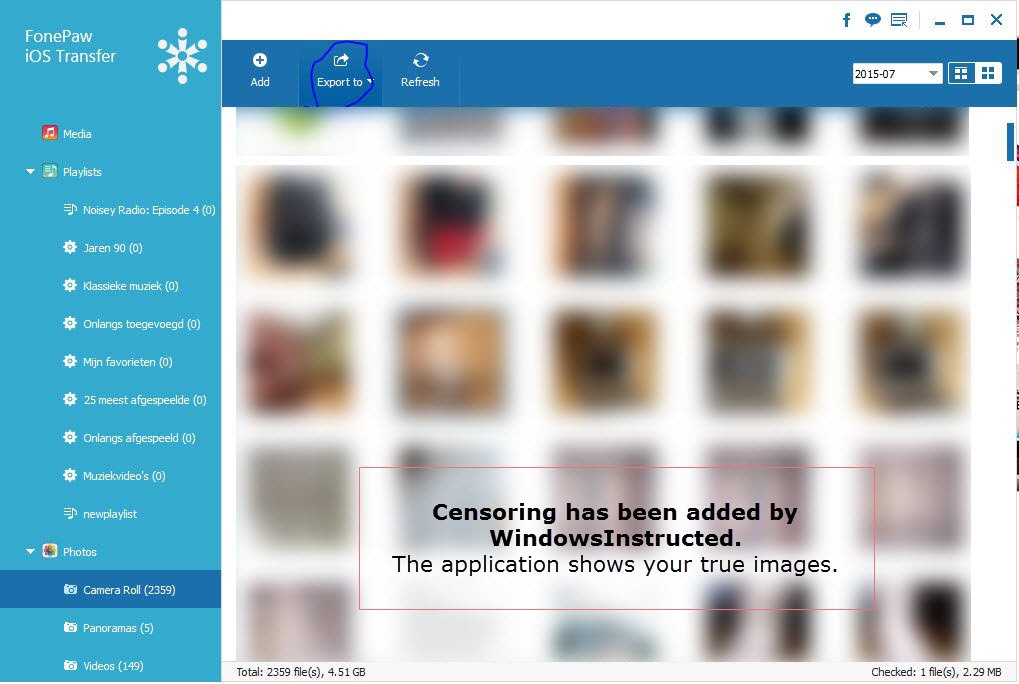 Using FonePaw iOS Transfer, you can also easily backup your photos. Once again this feature is great for people who don’t want their files to be on some sort of cloud where hackers could potentially get access too. Backing up photos is as simple as you would expect, you hit one button and you are done. What’s more, you can transfer photos or albums from computer to your iPhone or iPad if you want. 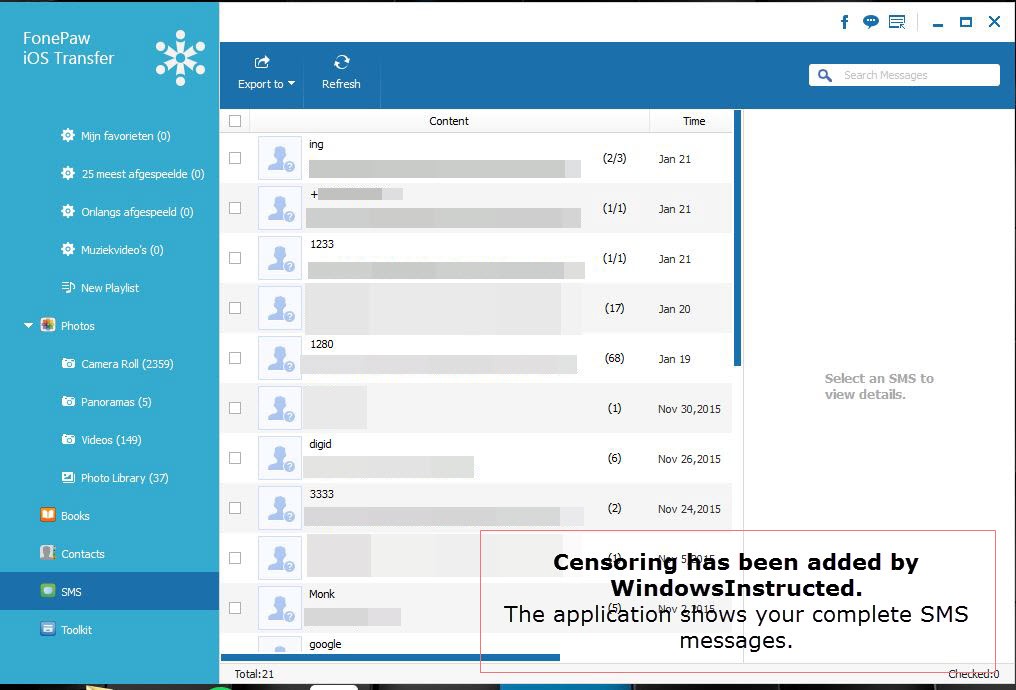 Another great feature of FonePaw iOS Transfer is the ability to make a backup of all SMS messages you received on your iPhone/iPad/iPod touch. By using this feature, you can make backups of your SMS history and perhaps use it in the future to double-check if something was indeed said, and you can even print some messages for court. 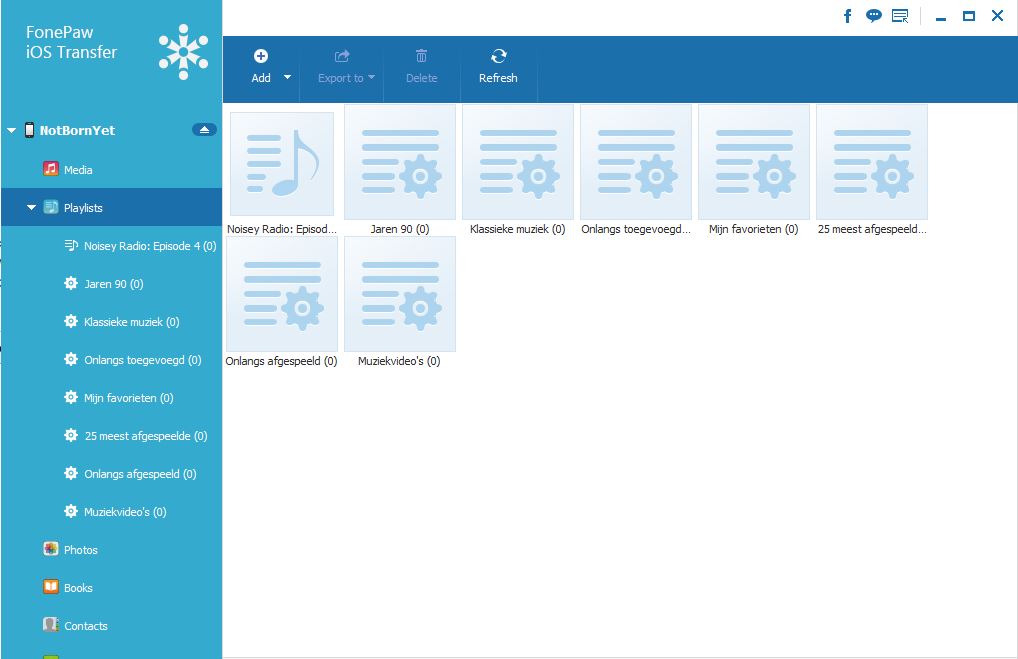 One of the last features we want to highlight is the possibility to transfer complete playlists between your iOS device and iTunes or computer. Making organizing your music becomes so much easier. Of course to accomplish this, the program has an impressive music backup feature as shown in the image above. Using the feature, you can easily copy music to your iOS device but you can also easily back up all your music from your iPhone/iPod to your Windows or Mac computer.

To be honest, we expected another iOS backup solution that works, but just barely and had permission issues, adware built-in and a ton of other stuff you really don’t want. Why do I say that? It’s something common among iOS applications for Windows to be buggy and weird. However FonePaw iOS Transfer really surprised me with its features, they don’t have adware, they work like a charm, they are useful and restoring backups is really easy, so easy hat in theory every child could do it. WindowsInstructed scores the features a solid 9.5 out of 10.

The program looks good. The color choices are smart and fonts are easy to read. It’s a bit styled like the iOS menu and less like Windows. However since this is an iPhone backup solution we like the idea and it does fit quite well into Windows 10.

The program makes it easy to see by its design where each feature is located and what each feature does which is, of course, a very good thing to do. Take a look at the design of FonePaw below and you will understand what I mean.

The program is very easy in use, and the design is very clean and clear which makes working with the program all that much easier.

The program does include multiple languages however as we speak it only has English, French and Japanese built-in and misses some other languages that most software has. Languages like Spanish, German, Russian and so on.

We do have one point of attention that FonePaw should look at, the program has it built in however the installer does not; Check if iTunes is installed. It might be a good idea for FonePaw to include the iTunes installer if the user doesn’t have it installed and ask if it has to be installed while FonePaw iOS Transfer is being installed.

While we did have a lot of suggestions and some points of attention the program still scores quite well with 8.5 out of 10. It’s easy and clear to use and does not need a computer geek to operate the program, however, it’s lacking languages and the iTunes check.

By default Microsoft Office Word does capitalizations according to your language it’s grammar rules. However…