Microsoft Office 97 was released in 1996 and was the 7th version of Microsoft Office out there. With an age of 20-year-old, I was interested in seeing if the program would still run on a modern system running Windows 10. Like a good bottle of…. age makes things better.

In this article in our series about products that were very popular and almost forgotten by everyone, we will take a look at Microsoft Office 97.

Can I install it?

To begin, I set the installer to Run as Administrator to make sure it can access all folders and files on my system and doesn’t crash on Access_denied errors. 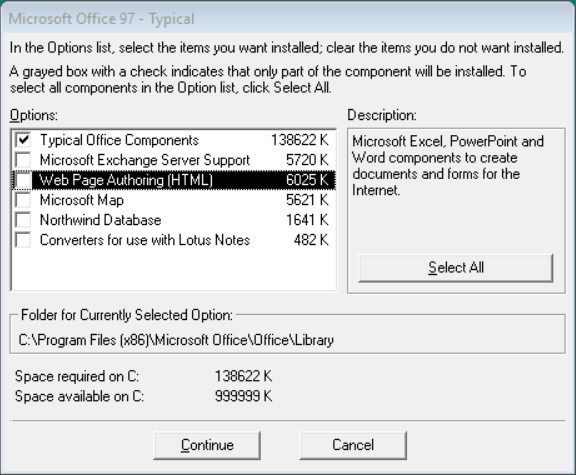 It’s fun to see that the installer started without a problem and that it even went as far as give me an option of what to install. If you want to see something funny take a look at the Space available on C: in the screenshot above… Something tells me they never intended to make the installer recognize 1TB drives ;).

The installer started to install all files and folders onto my hard drive and at 99% crashed without giving a reason why… However, everything did seem to be installed in the Office folder so I went ahead and tested if the office applications worked and they did.

So Yes! I was able to install Microsoft Office 97 on Windows 10.

The next important question is; “Does Microsoft Office 97 actually work on Windows 10?” it’s useless if you can install it but you cannot start it.

Let’s begin with Microsoft Word shall we? That magic moment when you double-click on WINWORD.exe and it actually starts. So it does seem to be working. I went ahead and copied the concept version of this post into Microsoft Word 97 to see what it does… 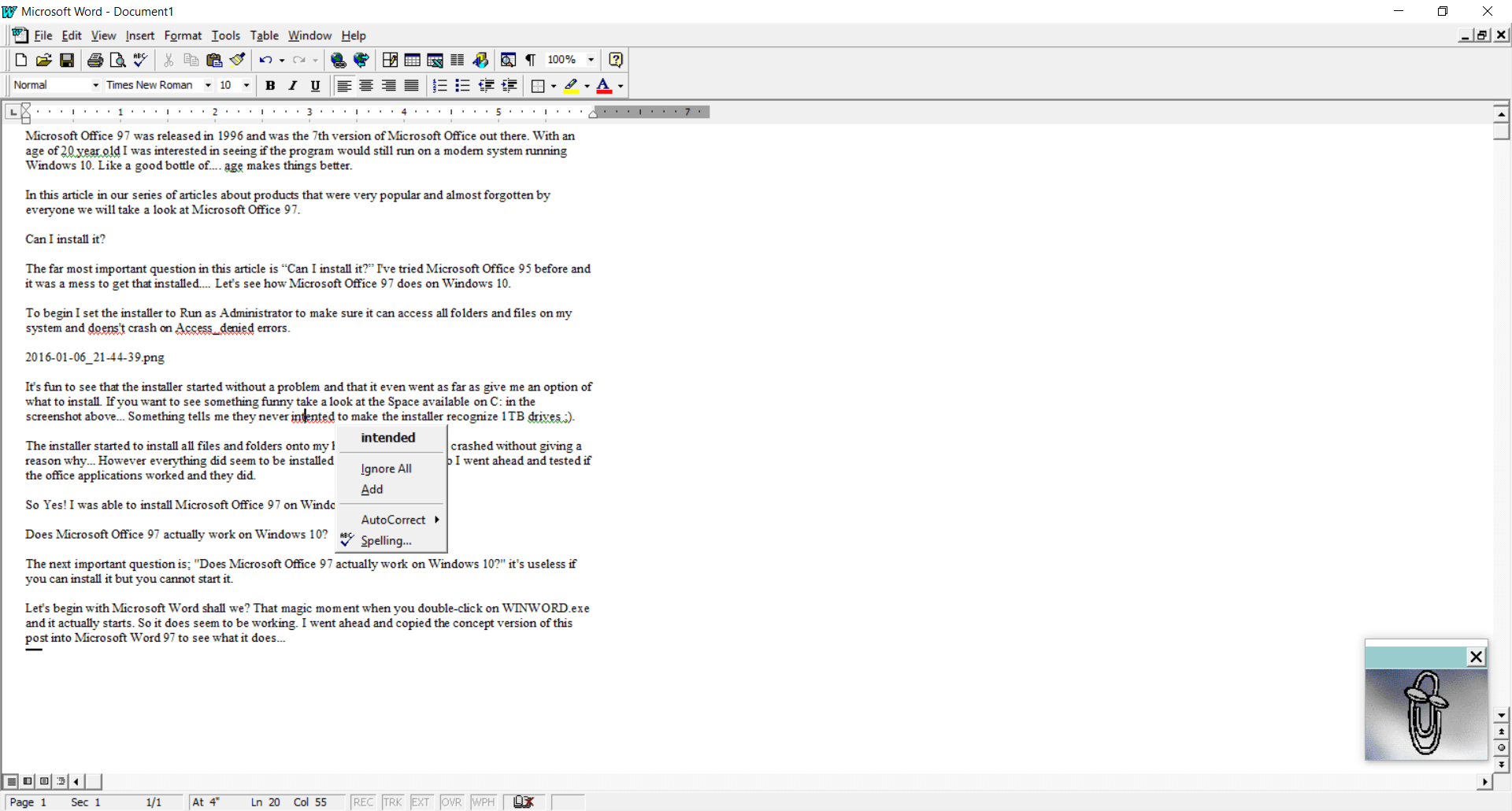 It’s even spell checking my article so I can safely say; Yes Microsoft Word 97 works on Windows 10.

Let’s make sure and test Microsoft Excel 97 as well and let’s make it extra hard for it. I will save a modern spreadsheet in the old Excel format and see what Excel 97 does.

So here is my sheet in Microsoft Excel 2016 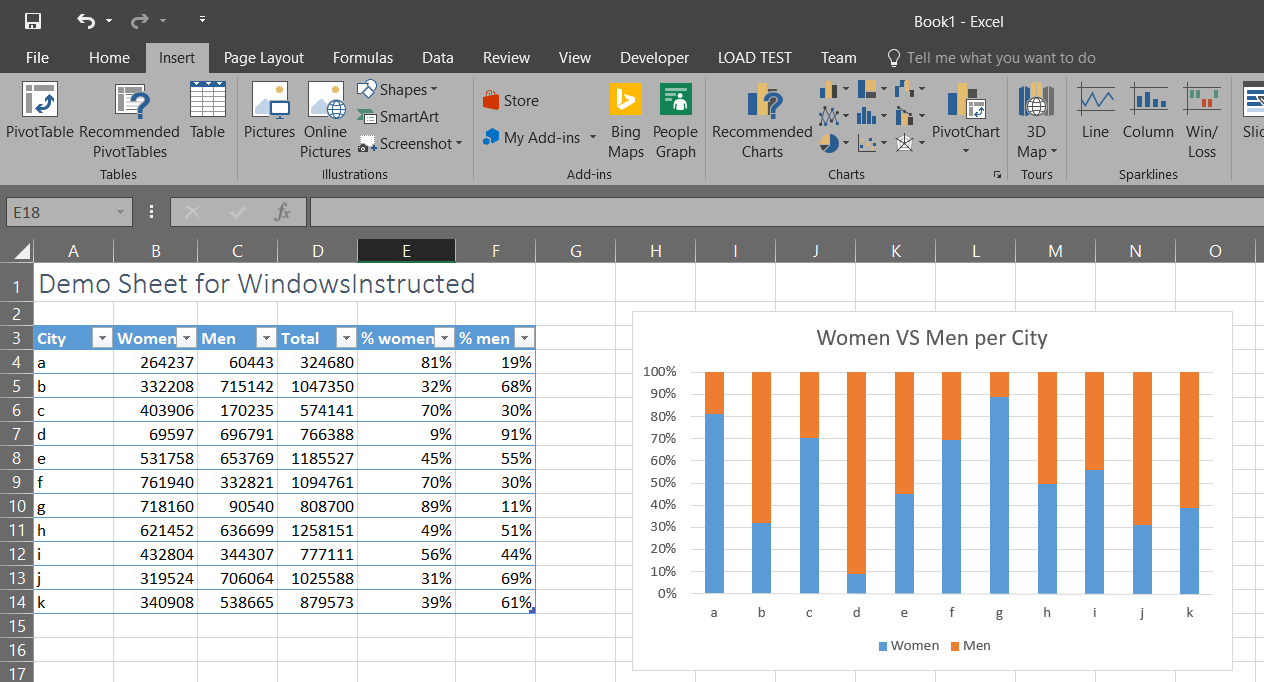 and here is my sheet in Microsoft Excel 97

To be honest… I was surprised that the graph kept it formatting and design. The table did not, but Microsoft Excel 2016 did warn me that it would happen. Overall I am surprised of the backward compatibility.

I wanted to show you some more of Office 97 and, therefore, added some screenshots of each Office 97 product.

We hope you enjoyed this article. It’s been fun looking at Office 97 again.

Assessing Your Web Hosting Needs: A How-To Guide If you’re starting a new website, one…

According to the Tate Art Museum, digital art has been around for about forty years….

The rate of public cloud adoption has increased in recent years. As organizations move to…